The Asian Library joined forces with UBC Alumni to successfully launch two Asian-language book clubs this fall! Each book club offered a “meet and greet” session followed by a book discussion about a month later.

Featuring Dr. Laifong Leung’s new book History of Literary Interactions between China and Canada 《中外文學交流史 中國-加拿大卷》, the Chinese Language Book Club attracted a wide range of people including UBC staff and student participants, writers from mainland China and Hong Kong, and a local media worker.  During the first session on October 24, Dr. Leung gave a fascinating introduction about how her unique life experiences inspired her to write about a topic that was barely touched by other scholars before. In the second event, attendees engaged in an in-depth discussion by sharing their thoughts and opinions after reading the book chapters.  Crystal Yin, Chinese Language Librarian, indicated that the book club events initiated a thorough exchange of views on the 160-year long history of literary interaction between China and Canada. 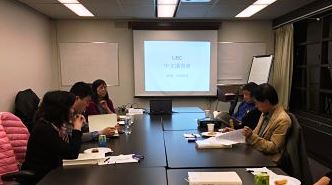 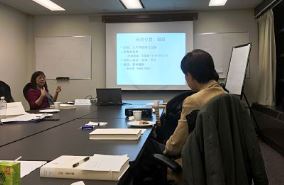 The Japanese Language Book Club kicked off on October 25 with a full house of 20 attendees. The event sold out, attracting a diverse range of participants that included those from the Japanese Canadian community, native speakers, language learners (undergraduate, graduate, alumni), language instructors, UBC staff members, and Japanese exchange students. The book chosen was Murakami Haruki’s short story Nemuri ねむり. Murakami is one of the most popular Japanese writers whose works have been translated into many languages. Kazuhiko Imai, a UBC Asian Studies MA student and facilitator, fostered a stimulating discussion through interactive small group activities in both sessions. For instance, he used the book’s imaginative illustrations as an entry point to create an atmosphere where everyone felt comfortable sharing their thoughts. Community members were also introduced to the Asian Library in a tour led by Naoko Kato, Japanese Language Librarian. 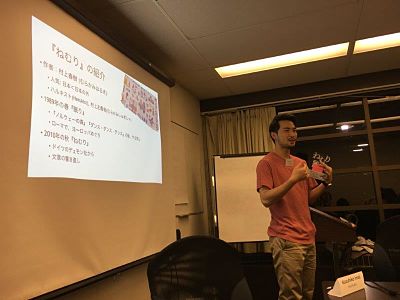 The book club events opened up a perfect opportunity for alumni, current students, and other interested community members with advanced fluency in Chinese or Japanese, to form ties with others in their respective literary communities. Asian Library plans to hold similar events in these and other Asian languages in the future.