David Mark Graham (1945-2012) was a Vancouver native and a double UBC alumnus (BA, BArch) with a life-long interest in Asia. At UBC, he was closely involved with projects such as the construction of the Asian Centre, the rejuvenation of the Nitobe Japanese Garden, and a proposal for a travelling exhibition of the university’s Tokugawa map collection.

The Asian Library is pleased to present the following two rare Japanese acquisitions recently made possible by the David Mark Graham Memorial Fund and the UBC Rare Books and Special Collections. We acknowledge the continued support from the Asian Studies faculty, especially Drs. J. Mostow and C. Laffin, in providing expertise in Japanese rare books. Many thanks also to the Library’s Acquisitions and Cataloguing units for their technical support and to the Digital Initiatives unit for digitizing the items and making them openly accessible in the Open Collections platform.

異國人物圖 Ikoku jinbutsuzu (Illustrations of the people of the world) 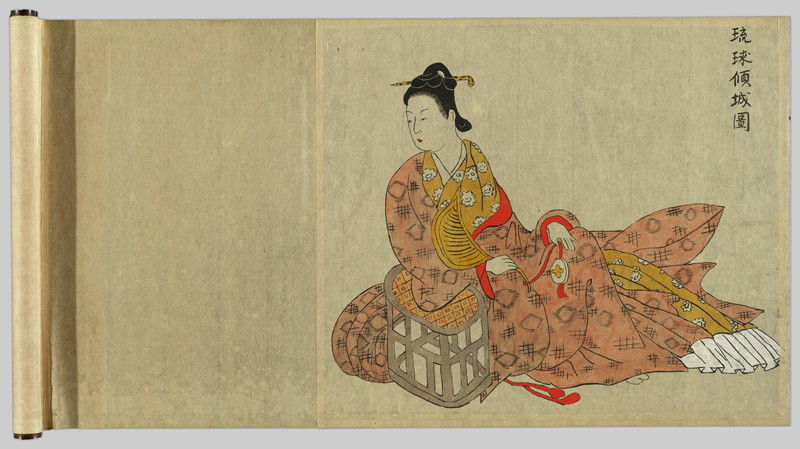 Produced in the mid-18th century, Ikoku jinbutsuzu allows us a fascinating glimpse into Japanese view of the world and its inhabitants in the Edo period (1603-1868). Pictures of people from various parts of the world, from China, to Vietnam, and to Holland, are hand-drawn and painted in vivid colours. The images were largely derived from astronomer and geographer Nishikawa Joken’s Shijūnikoku jinbutsu zusetsu (Illustrated account of the people from 42 countries, 1720), a very influential book at the time. This well-preserved manuscript is a valuable addition to the number of pre-modern Japanese works depicting and discussing the world’s peoples, including the popular Bankoku Sōzu (Map of all nations), in the UBC Library’s Japanese Maps of the Tokugawa Era collection. 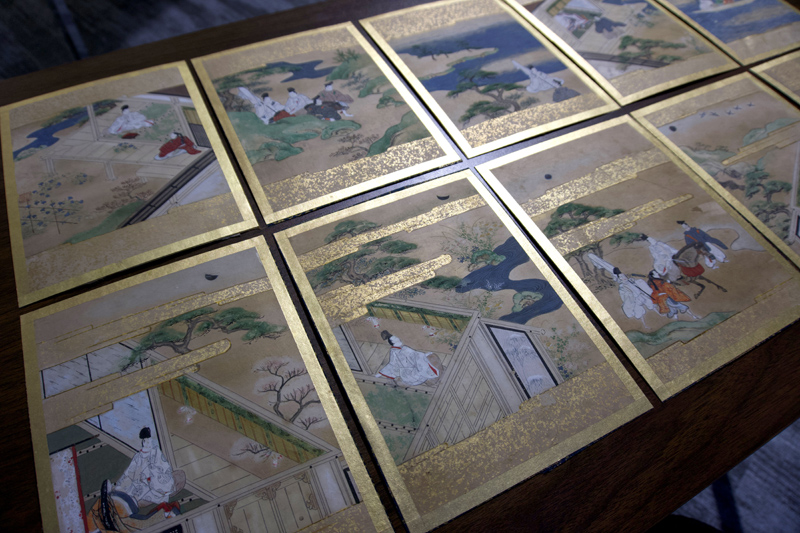 Nara ehon is a type of Japanese manuscript book, containing a short story accompanied by illustrations. Nara ehon books were produced from the late Muromachi period to the early Edo period in the early 1600s, and while many were mass-produced and circulated widely among the general public, some were exquisitely painted and ornately decorated with high-quality materials and intended for high-ranking samurai and daimyō (great feudal lord) families.

Our new acquisition includes ten sheets of illustrations, hand-painted in gold, blue, green, and other bright colours, with borders in gold. According to the scholars who examined the pieces, the high quality of the paper and paint indicates that the illustrations were possibly from a picture album for the high class audience rather than a mass-produced story book.

The Library is pleased to have acquired these beautiful specimens of Nara ehon illustrations. The images are now available digitally in the UBC Open Collections not only for our faculty and students to study but also for any art and picture book enthusiasts all over the world to enjoy viewing and sharing.