Traces of Words: Asian Materials from the UBC Library Collections 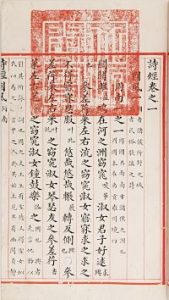 This exhibition honours the special significance that written forms hold across the many unique cultures of Asia – a vast geographical area boasting an enormous diversity of languages and writing systems.

Each case features rare texts and diverse forms of bookmaking that highlight the prominent role of writing and calligraphy found across Asia. Encompassing Chinese, Japanese, Arabic, Farsi, Tibetan, Sanskrit, Prakrit, and Gujarati scripts, the works invite you to explore a range of cultural or sacred practices that find expression in the written word. These works provide a glimpse of the ingenious ways in which Asian writers have blurred the boundaries between the textual and the visual realms, creatively deploying script to communicate deeper layers of meaning that go beyond words themselves. All of the extraordinary texts on display belong to the collections of the UBC’s Asian Library and Rare Books and Special Collections.

This satellite exhibit is co-curated by April Liu (Mellon Postdoctoral Curatorial Fellow, Asia, MOA) and Fuyubi Nakamura (MOA Curator, Asia), in collaboration with the UBC’s Asian Library and UBC Rare Books and Special Collections. It is held in conjunction with Traces of Words: Art and Calligraphy from Asia, a larger exhibit on view at the Museum of Anthropology, from May 11 to October 9, 2017. 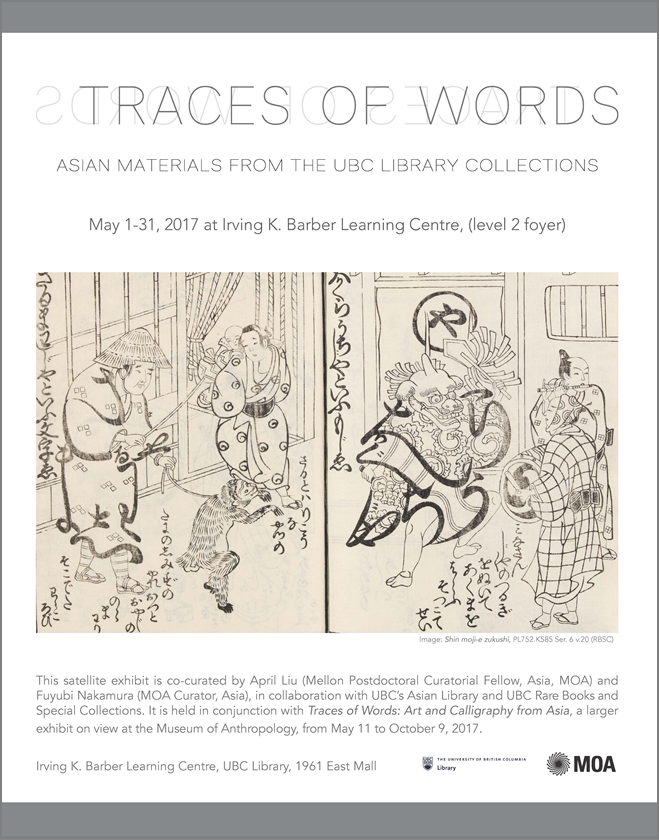