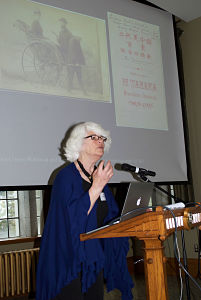 UBC Asian Library and Rare Books and Special Collections successfully hosted a symposium to showcase the recently acquired John Cooper Robinson collection; a collection of photographs that were taken by a Canadian missionary who resided in Japan during the late 19th to early 20th century.

The event attracted 40 participants on March 24, and was held in the Lillooet Room at Irving K. Barber Learning Centre. Jill Robinson, the great-granddaughter of John Cooper Robinson (who was a Canadian missionary in Japan who took the photographs) gave the opening speech to provide a personal account of how the collection ended up at UBC. During the coffee break, participants were guided down to RBSC to take a look at the actual photographs, glass lantern slides, postcards, and glass negatives from the collection. The lectures and discussions during the symposium were led by Art Historians and Historians specializing in Japanese photography and the Christian missionary movements. These discussions helped the participants appreciate how these photographs can potentially be used for research and teaching.

In conjunction with the symposium, there is an exhibit at RBSC and Asian Centre going on until the end of May. Click here for more information. 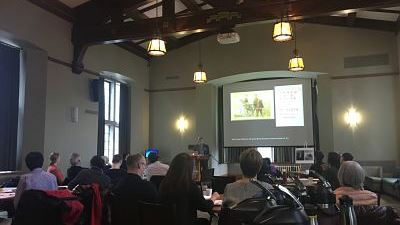 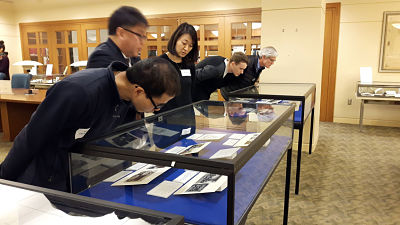 Attendees viewing the exhibit at RBSC