The Sun Yat-sen Library of Guangdong Province has donated the 《廣州大典》 Guangzhou Da Dian  (Guangzhou Encyclopedia), a set that includes 520 volumes of Chinese classical works to the UBC Asian Library. Please refer to the library catalogue and the table of content for more details.

Compiled for approximately 10 years and published in the April of 2015, 《廣州大典》 Guangzhou Da Dian (Guangzhou Encyclopedia) is a collection of classical writings composed in Guangzhou, by writers of Guangzhou, or about Guangzhou. This collection includes 4,064 titles from the Zhongshan Library in Guangzhou and other libraries at home and abroad. All the titles are classified in five branches: Jing bu (經部 Classics), Shi Bu (Histories 史部), Zi Bu (Philosophy 子部), Ji Bu (Literature 集部) and Cong Bu (Collectanae 叢部).

Jing Bu refers to the Confucian canon plus works on textual criticism and philology. Some very famous classical series, such as Huang Qing Jing Jie (皇清經解 Exegesis of the Confucian classics of the Grand Qing), are included in this branch. Shi bu includes plenty of local gazetteers, maps and other geographical records of Guangzhou, as well as a variety of travel notes about Guangzhou. Among them, records on the Maritime Silk Road are the most attractive, especially for scholars who are interested in maritime culture. Philosophical works and literature by celebrates of Guangzhou from the Jin (265-420) dynasty to the Qing (1644-1911) dynasty are compiled in Zi Bu and Ji Bu. Cong Bu was chronologically first compiled, including Guang Ya Cong Shu (廣雅叢書Series of Guangya press), Xue Hai Tang Cong Ke (學海堂叢刻) and other well-known series compiled in Guangzhou in the past. The Hai Shan Xian Guan Cong Shu (海山仙館叢書 Collectanae compiled in the Hai Shan Xian Guan), in Cong Bu, has lots of works on western mathematics, geometry, astronomy, etc., by Jesuit missionaries, such as Matteo Ricci (1552-1610) and Johann Adam Schall von Bell (1592-1666), which supply a very good platform for us to know the cross-cultural encounters between China and the West in late imperial China. Guangzhou Da Dian is considered as the most completed collection of materials on Guangzhou’s history and culture. 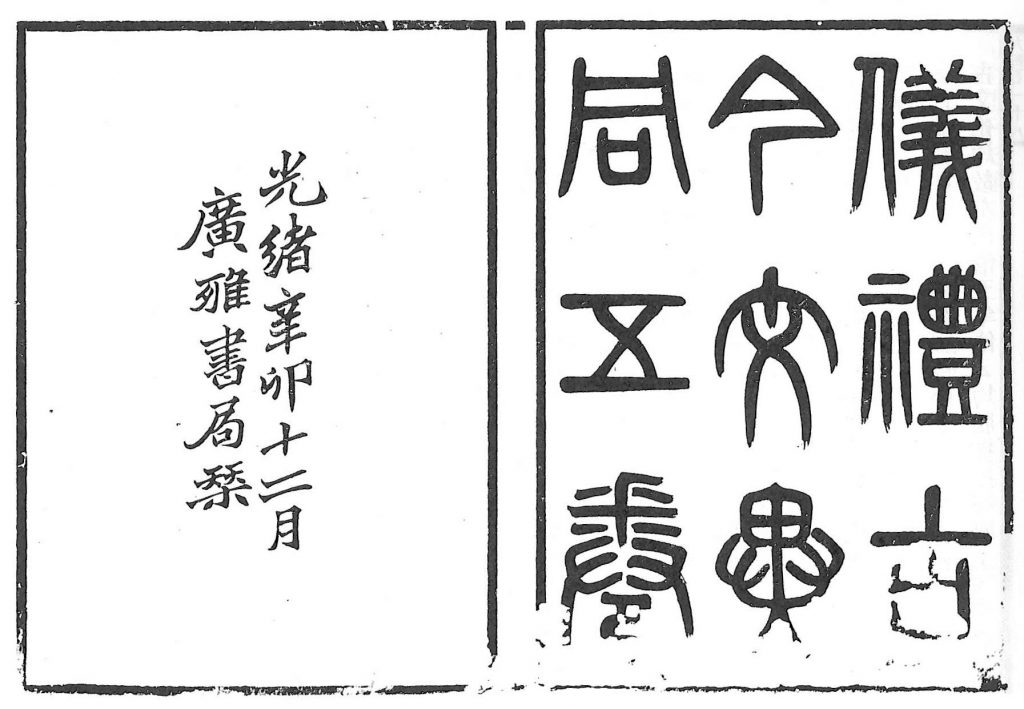