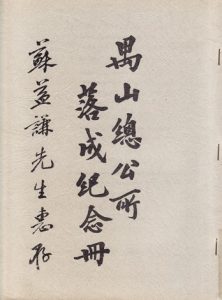 Since the influx of Chinese immigrants to British Columbia in the mid-19th century, different types of Chinese associations have been founded, including fraternal associations, community-wide associations, locality associations, and clan associations, etc.  In the early days, these associations provided mutual aid and social services to their members while resolving the community’s internal disputes and dealing with external pressures of discrimination and segregation.  The Chinese who came after the Second World War and especially the introduction of Point System in 1967 were largely different socially and occupationally from their predecessors. The role of traditional Chinese associations therefore declined and new community-based organizations offering immigrant services emerged.

This book exhibit showcases publications of Chinese associations in B.C., focusing primarily on publications by associations formed in the early 20th century.  These are titles collected at the UBC Asian Library, including items donated by Xiaru Wu (伍俠儒), Alex Chan, as well as titles selected from the Bick Lee (李日如) Collection, Foon Sien Wong (黃文甫) Collection, and the Wallace Chung (蔣北扶) Collection. All these publications are valuable and important records of the Chinese Canadian history. 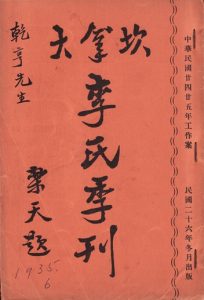 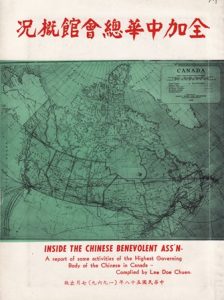