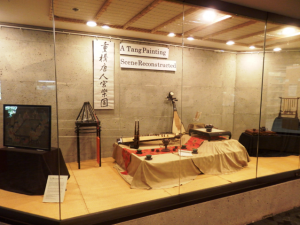 Curated by Alan Lau and Sophi Liang, “A Tang Painting Scene Reconstructed” is a three-dimensional contemporary “reconstruction” of a famous painting which depicts palace music making during the late Tang dynasty. The display project is a collaboration between the UBC Asian Library and the Chinese Cultural Centre of Greater Vancouver Museum, with instruments generously loaned by Dr. Alan Thrasher, Professor Emeritus of the UBC School of Music, and Chinese calligraphy created by Mr. Yim Tse.

In “History through Qupai”, Alan Lau has created a display/semi-installation which traces the history of Chinese music by focusing on a form of music called qupai, through its inception during the Tang dynasty (618-907AD) to the present time. 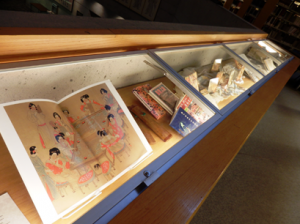 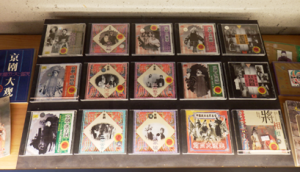 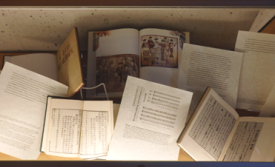 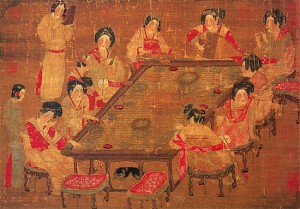