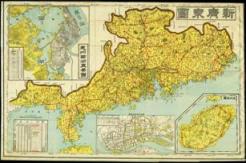 The mapping of geographic names recorded in the head tax database was launched in the fall of 2008 as one of the “Asian Library’s Partnerships with Communities’ Program Series”.  It took 20 rounds of community-based meetings with Taishanese/Zhongshanese-speaking participants to match the towns and villages of origin reported by 90% of the immigrants with the original geographical names in Chinese scripts. With the findings, community members interested in their genealogy, UBC students and indeed scholars from all over the world are able to work toward an international research network for reporting the roots of emigrants from Guangdong, China from 1885-1947, during which head tax was levied on incoming ethnic Chinese. (more)