Since its inception in 1960, the Asian Library has been building comprehensive and responsive collections to scholars, students and community members. Its holdings (totaling 710,000 volumes as of June 2020) are in ten major Asian languages: Chinese, Japanese, Korean, Punjabi, Hindi, Urdu, Sanskrit, Nepali, Persian, and Tibetan. At the same time the Library provides access to a growing number of electronic resources and databases as well as digitized archives. Disciplines on language, literature, history, art, social and political sciences, economics, Asian Canadian history, science and technology are covered.

Japanese Rare Collection of Woodblock Prints, Books and Manuscripts from the Pre-Modern Period 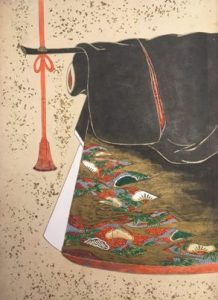 In the area of Japanese studies, the UBC Library owns a small but growing collection of woodblock prints, books, and manuscripts from the pre-modern period, many of which can truly be described as unknown gems. Find the items in the library catalogue and view them in person at the Rare Books and Special Collections when the Library re-opens. This collection of over 200 titles contains more than 60 titles on Japanese religion and mythology from the Edo period, with emphasis on Buddhism, about 50 titles of works of pre-modern literature or literary criticism, and smaller numbers on language, history, art, and philosophy. There is a lovely box of poetry playing cards based on The Tales of Ise, a series of architectural drawing of Buddhist pagodas, imperial palace roofs, castles, and others, and an unknown author’s manuscript account of Captain Perry’s arrival on the shores of Edo Bay in 1853. Most of the items in this collection have yet to be digitized, but some have been: for example, Illustrated pages from a Nara ehon picture book and a kimono pattern book from the Meiji era (see this visual essay by Dr. Ayako Yoshimura, University of Chicago, for a fascinating glimpse into the history of kimono pattern books). 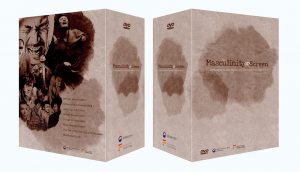 The Korean Film Archive Collection is not a separate collection, but a really interesting resource series in the Asian Library’s Audiovisual section that deserves to get the spotlight. Every year the Korean Film Archive (to find in UBC Summon, type in 한국 영상 자료원 or Hanʼguk Yŏngsang Charyowŏn) creates a curated DVD box set of films on a particular theme, plus a commentary booklet, specifically for the use of scholars outside of Korea. For example, the 2017 set was on Korean society and masculinity as portrayed on film, comprising eight films produced over a period of five decades (1961-2008). In 2018 and 2019, the collection focused on activism and indie film; some of these are titles that would be difficult to buy or otherwise access outside of Korea. The series offers useful features such as subtitles in many languages, a booklet written in Korean and English, a good overview of the theme in a Korean context, and some thoughtful commentary to inform the viewing. The themed approach is helpful for users who want to approach an unfamiliar topic and need an introduction to significant creators and works. This is a pretty special resource that we can see sparking off some great discussion, or becoming the inspiration for a research project. Probably it can be utilized in a course someday, or perhaps as part of a community event.

The Seto Collection was donated by Mr. and Mrs. Tong Louie in 1967, including over 1,000 titles in 2,000 volumes. This Collection supplemented the Library’s Chinese holdings in Buddhist literature, philosophical and literary works and works by local authors who lived or visited BC of the 1912-1965 period, such as the manuscript of the bibliography of traditional Chinese calligraphy and paintings collected by Lu Xiannan in late 19th century.

Seto More (Also known as Seto Ying-shek 司徒英石) was born on January 15, 1889 in Victoria BC, whose parents were from Kaiping, Guangdong Province of China. Mr. Seto was a prominent scholar and activist in the Chinese Canadian community, who started introducing Chinese history and culture to UBC in 1930’s. He collected an impressive library including many pamphlets and books, including unique or rare materials. UBC library cataloged these items at a minimum level and shelved them in different call number areas. Titles can be searched by using “Seto Collection” as keyword. We treasure this collection because users’ heavy requests for primary sources of literary, educational and political activities by the Chinese pioneers in B.C. are found hidden in this collection. 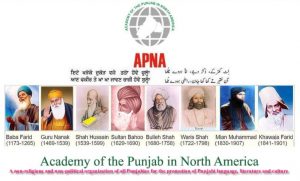 Academy of the Punjab in North America (APNA)

APNA: Academy of the Punjab in North America has a very rich collection of Punjabi and Urdu literature in various formats including books, magazines, periodicals, manuscripts, and audio-visual materials. It covers the writings of the popular medieval Indian philosophers, and religious leaders including Baba Farid, Guru Nanak Dev, Shah Hussain, Sultan Bahu, Bulleh Shah, Waris Shah, Mian Muhammad, Khawaja Farid,  and some of the modern Indian and Pakistani writers and political leaders. The other rare literature that has been added to the site is  the ‘Kissa Sahit’ (a very unique form of Punjabi literature), and the epic poetry of Sikh warriors such as Jang Nama Shah Muhammad, Harfiyan Hari Singh Nalwa by Qadaryar etc. It has several categories of literature including History, Biographies, novels, poetry, travelogues, short stories, prose, plays etc. It also has a large collection of Punjabi music albums of Sufi, Folk, Film, Pop, and Bhangra, and thousands Punjabi videos, films, and plays. It has several articles, columns, scholarly research papers, and interviews in Shahmukhi, Gurmukhi, English and Urdu, and photo galleries. The research papers cover the Gadhar Movevement, Jallianwala Massacre, the Colonial Lahore etc. It has e-copies of the religious scriptures such as the Bible, the Geeta, the Kalam Nanak Shahmukhi, and the Quran.

Most Korean studies researchers are already familiar with DBpia, which is one of the first places where students are recommended to go when they begin their research. DBpia is an academic information portal which includes 3,930 journals and 3,574,811 articles from 2,274 publishers as of January 2021. Disciplines range from the humanities to the sciences and are divided into eight categories (Humanities, Social science, Natural science, Engineering, Medical science, Agriculture and Fishery, Art and Kinesiology, and Interdisciplinary studies). This database allows search on scholarly articles, theses, and public data from KISTI (Korea Institute of Science and Technology Information), KCI (Korea Citation Index), the National Library of Korea, etc. As is usual, users can download the full text of an article or save for later viewing and citation management; they can also look up or track individual scholars; see the number of citations and who cited the article; and see related or recommended articles based on the article they chose. An interesting function is the ability to leave personal reviews on articles. 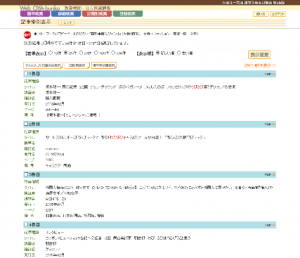 During the pandemic closure, the UBC Library is pleased to offer access to the Web OYA-bunko database for researchers and students of Japanese culture. This Japanese-language article index (not full-text) is unique because it mainly catalogues popular magazines, such as An an, Friday, Josei jishin, Kurashi no techō, etc. If users want to see how Japanese popular media have treated traditional concepts like wabi-sabi or trendy topics like kawaii [cute] and anime, this is the index to use. The database indexes over 5 million articles published since the late 19th century to the present day. This database is based on a comprehensive collection of approximately 12,000 popular journals held by the Ōya Sōichi Bunko, a periodical library in Tokyo. Visit here for the database’s introductory video. (Note: Subscription ends on March 31,2022)

Looking for the latest data on China? WiseSearch provides the news from the Greater China region with over 3 billion archived news article data covering traditional printed media, online news, and social media since 1998. Information is updated daily, about 3.5 million new items on average, from more than 1,500 content providers in the Mainland, Hong Kong and Taiwan. Full texts can be viewed and downloaded. The platform provides a one-stop gateway for researching, discovering, and analyzing current issues and regional relationships, as well as business and financial analysis with built-in analytics, comparative tools, and translation tools. This year’s subscription is generously funded by both Law School and the Library.